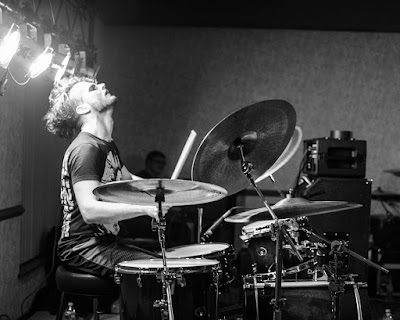 Hey everyone ! I recently got a chance to do a post-show interview with James from Toothless. Check it out below !

Q: Hey, can you please introduce yourself ?

Q: When did you start playing music ? Was your current instrument your first instrument ?

A: I play drums in Toothless. I started playing drums when I was 4. My dad got me into it. He played. I probably really didn't actually get into it until high school. But yeah, so going on like 20 years if you want to be official.

Q: You said you guys are a Metalcore band. Do you want to elaborate on that a little bit ?

Q: Who are some of your influences, or like who are your inspirations ?

A: Probably The Chariot, Norma Jean. I'm a really big fan of Converge, and The Dillinger Escape Plan, Everytime I Die.

Q: What is the last record you purchased ?

A: Honestly, it might be the new Odessa album. Yeah, I think it might be. That's the last thing I can remember buying, so I'm gonna go with that. The last Odessa album. I love electronic music, and I love that album. It's great.

Q: Do you have a favorite song by your favorite artist ?

A: My favorite bands are definitely Converge, and Dillinger. As far as songs go, I can't. I could never pick. That's like so tough. I have favorite albums.

Q: Okay. Your favorite album then.

A: So Converge, it's probably their last one. It's called 'All We Love We Leave Behind'. I love that. And then Dillinger's probably 'One of Us Is the Killer'. I think Converge is just the most angry sounding band I've ever heard in my life. Like, when I feel anger, that's what it sounds like to me. So like, yeah. So I love them for that. And then Dillinger is just like, I don't even know, man. They're like the greatest band ever.

Q: What does music mean to you ?

A: It's what I want to do with my life. It's my passion, it's what I do. Yeah, I don't know. It's great that it's like the one way to really, y'know, the universal language thing. I really like that aspect to it. That way, you can latch on to the same thing. You can convey an emotion, very well. Probably better than any speech or anything might actually do.

Q: If you could improve the local scene, how would you do so ?

Q: If you could change one aspect of it, what would you change ?

A: One aspect. I would love to see some like, real support from a community perspective. So people, a venue, maybe dedicated venues where people can go to enjoy it safely. But in a way where the venue itself and people actually promote it so you get good turn outs. There's a big problem with people coming out to see local bands play original music especially. So, trying to push that.

*Interrupted by Denny's Waitress. We were with a group at Denny's post-show

Q: Outside of the genre you play, what is your favorite genre of music ?

A: It's probably electronic. Yeah. So like outside of most metal, I just say metal because I listen to so many different sub-genre's of metal. Besides stuff like that, it's definitely electronic. And I love drum and bass.

Q: Which do you like more ? Writing, or Performing ?

A: That's a really tough question. Probably performing, like if it's just from the enjoyment of performing, playing shows is probably my favorite thing to do, ever. Playing the drums. Writing works a totally different part of your brain.

Q: What is your favorite thing about being a musician ? Is it performing, or do you have something else ?

A: Yeah probably. It's fun, but besides that, just having the positive outlet y'know. Like, I like to think of myself as like pretty chill, and I attribute that to the fact that I get to constructively beat the crap out of stuff. It's like "why am I gonna be mad ?". I get to just slam on things all the time, y'know.

Q: What is your least favorite thing about being a musician ?

A: Setting up. Loading in, setting up. Being a drummer sucks for that, y'know. It's trash. Besides that though, I mean with as many cool people as you meet playing music, I mean you meet a lot of weird, over-the-top crazy egos too. Mixture of both.

Q: Where's been your favorite place that you've played ? Favorite venue, do you have one ?

A: This is a long time ago, but one time, one of my favorite shows that I've ever played was actually in Long Island at this bar. I don't remember the name of the bar but I was expecting it to be dead. I was in a Deathcore band at the time and we were playing with two other Deathcore bands in a bar. So I was like, "This is gonna be dead !". Dude, there were like, it was packed. Kids were going nuts. The room was like the size of my bedroom, it was super small. That place was awesome, sorry I can't remember the name though. Long Island Bar No.1.

Q: What's next for you and the band ? You guys have anything coming up ?

A: We just finished tracking our second EP. We should have it mixed, and we're looking at a release date of like mid-...--

Eric of Toothless: We'll talk about that.

A: So yeah, second EP should be released by the end of the year. Maybe, maybe not. But yeah, we finished the second EP. 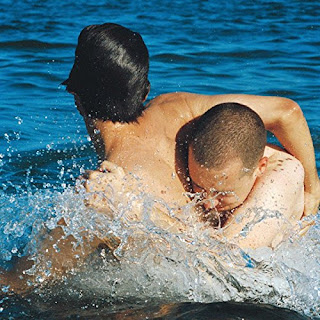